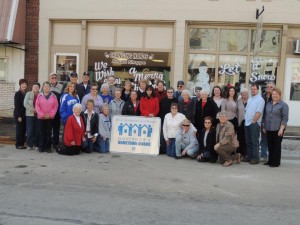 “The MAPPING program validated a vision for our community to ensure Martinsville remains a great place to call home for years to come.  The organization of six  Action Teams (Festivals & Events, Environmentally Friendly, Education, Housing, Downtown Revitalization and Industrial/Economic Development) has been instrumental in the focus and success of our efforts.   We have seen an increased level of involvement in the community and organizations are working together to promote the betterment of our community.” – Norma Calvert, Community Champion, Martinsville

MAPPING the Future of Your Community

If you are interested in a customized MAPPING program for a region, county, organization or specific sector please contact: